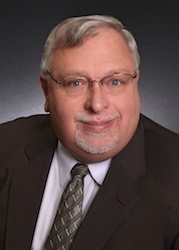 David first earned his real estate license in 1980 and became a licensed Broker in 1983 when he was a career firefighter and paramedic for Fairfax County Fire and Rescue Department. He and his sister Nancy Bullock opened Blue Diamond Realty, Inc. in 1994 and then affiliated with the ERA franchise in 2004. He is also a licensed REALTOR® in Maryland and the District of Columbia. David was a loan officer with Carteret Mortgage from 1998-2008. David and Nancy opened a title company, Eagle Settlement Services in 2002. David is a licensed title agent in Virginia, Maryland, and the District of Columbia.

David’s focus the last few years has been mentoring and teaching new agents. His knowledge and expertise has assisted dozens of realtors as they began their careers. He enjoys being a licensed instructor for Moseley real estate school and meeting new agents as they join the industry.  David is a graduate of Northern Virginia Community College. In his spare time, David enjoys working on computers and spending time with his wife Jennifer, their four sons, and his grandchildren. 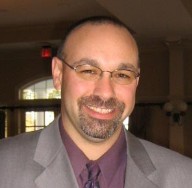 Jim Croson began his real estate career in the early 2000’s as a licensed real estate sales person with Century 21 and a Settlement Officer at Stonewall Title & Escrow, Inc.  As both a Realtor® for Virginia and licensed title insurance agent for Virginia, Maryland, and the District of Columbia, Jim has had the privilege of experiencing many different types of real estate transactions, enabling him to develop a well rounded understanding of the real estate process.

He is currently serving on the Board of Directors as the Affiliate Representative and has served as Co-Chair of the Affiliates Committee for the Realtor Association of Prince William. He has also served as an approved continuing education instructor, and as a member of the PWAR Band. 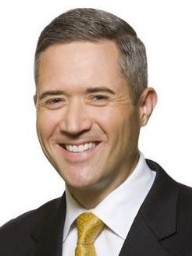 Vern has extensive experience negotiating contracts, and has worked on a variety of commercial and residential real estate projects throughout his career, including complicated financing structures.

Unlike many other real estate agents, he has been responsible for over $2 billion in audited financial transactions.

Before launching his real estate business, Vern spent more than twenty years serving as a financial executive for several large non-profit organizations. In addition to his MBA from Marymount University and BS degree from Oklahoma State University, he holds a personal financial planning certificate through the College for Financial Planning, and two executive leadership certificates from the Wharton Business School. He also serves as a trustee for Youth for Tomorrow, president of the Dawson Landing Homeowner’s Association, and is member of the St. Andrews Society of Washington, DC, Sons of the American Revolution, and Delta Epsilon Sigma, the national scholastic honor society.

William has lived in Prince William County since 1973. He is a local business owner with strong ties to the community. William has been a licensed agent since August 2005, currently with RE/MAX Real Estate Connections in Manassas. He is also an Enrolled Agent authorized by the Internal Revenue Service to represent taxpayers in federal and state tax matters.

William is the Executive Director of Prosperity House, an affordable housing program designed to prevent homelessness in the Prince William County region and works to empower families to maintain self-sufficiency in housing and financial matters. He is also the President of Northern Virginia Taxpayer Resource Center, a non-profit organization helping low income families with financial and taxation issues.

Zonia has been a full time residential Real Estate professional, licensed in Virginia since 1994. Her first 2 years in Real Estate were with Weichert Realtors in Manassas. In 1996, she made the move to Prudential Carruthers. In 2011, the company became Prudential PenFed Realty and in 2013, the company became Berkshire Hathaway PenFed Realty. She holds a degree in Architecture and keeps up with the continuing changes in the Real Estate industry. Zonia’s work ethic, commitment and passion to help others puts her in the top 1% of all Berkshire Hathaway Agents nationwide.

Zonia specialize in first time home buyers, move up buyers, investment and relocation buyers as well as sellers. With Spanish being her first language, she uses her years of experience, negotiation and communication skills to educate and assist the Hispanice community to achieve the American Dream of homeownership. Zonia participates in community service events through All Saints Parish and School in Manassas.

Zonia holds the Lifetime Top Producer with PWAR and is an active member of the Women’s Council of Realtors NoVA Metro Chapter in which she served as President in 2013. Zonia was honored with the 2015 Salesperson for the Year award and has been a PWAR member since 1997.

Zonia is married, has three children, enjoys to travel, walk dance but most importantly loves to watch any
sport her children participate in.

David Gray, born and raised in Prince William County, has a passion for real estate. As a PWAR and NVAR TOP PRODUCER David strives to become a leading agent in Northern Virginia for years to come.  Currently licensed with Mo Wilson Properties in Woodbridge on Minnieville Rd.

With 14 years of sales and marketing experience David has become accustomed to setting standards, increasing them, and achieving goals each following year. In his early 20’s he founded a promotional marketing company, which was very successful before turning to real estate.  Managed an office of more than ten employees where he learned to better others before himself. Leadership formed early on in his career is something he is grateful of.

David is a devoted husband and father of two who currently lives in Lake Ridge. He looks forward to watch his growing family coincide with a successful real estate career.

Joyce is a lifetime resident of Prince William County.  She received her license in November 1995 and began her career with Keller Williams Realty – Lee Beaver and Associates as an Agent.  Joyce received her Virginia Broker’s license in 2001. Her career with Keller Williams has taken her from Supervising and Compliance Broker in 2011 to rapidly becoming the Principle Broker in 2012.  In 2013 she was nominated and received the Code of Ethics Award by her Agents who lovingly referred to her as “The Judge” for providing them with outstanding support and guidance.

In 2014 and to present Joyce accepted the Team Leader position and is now responsible for overseeing activities for 205+ agents.  She has expanded her knowledge and expertise in the areas of contracts, negotiations, training, coaching, coordinator of KW committees and helping others with quarterly and yearly events giving back to the community that we service.

I am Jason Swaney and I have been a licensed Real Estate Agent since 2004. I was born and raised in upstate New York. I moved to Prince William County in 1998. My goals is to provide all my clients with an outstanding level of customer service and support during the entire real estate transaction from start to finish. Honest and integrity are two characteristics that have helped me build a strong business of repeat clients and referrals.

When I am not selling Real Estate, I enjoy spending time with my wife and our 12-year-old daughter on our boat cruising the beautiful Potomac River.

I would like to be a Director at PWAR so that I am able to mentor new agents, become a voice for agents in our community and take an active role in education and networking opportunities for our real estate community.