Inflation is hurting everyone, especially those who need to drive more frequently such as Realtors®. Gasoline now costs 49% more than it did a year ago and 130% more than two years ago. Airfare and hotel room rates have risen 38% and 22%, respectively, year-over-year, thereby putting a dent in summer travel plans for some Americans. Electric car drivers are feeling less pain, comparatively, with electricity prices up by 12% annually. Food prices are 10% higher than last year, quickly offsetting wage increases and the 5.9% gain in Social Security checks.

Rents are rising by 5%, though this could be understating some of the new leases. Rising rents and home prices (not part of CPI Inflation) have caught up with multiple years of housing underproduction of single-family homes and apartments.

High inflation means many more interest rate hikes by the Fed. The mortgage market may have already priced this in, so most of the increases in mortgage rates may have already occurred with only small changes in the upcoming months. 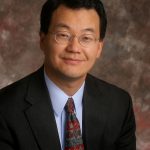 Chief Economist for the National Association of REALTORS

Lawrence Yun is Chief Economist and oversees the Research group at the NATIONAL ASSOCIATION OF REALTORS®. He supervises and is responsible for a wide range of research activity for the association including NAR’s Existing Home Sales statistics, Affordability Index, and Home Buyers and Sellers Profile Report. He regularly provides commentary on real estate market trends for its 1.4 million REALTORS®.

Dr. Yun creates NAR’s forecasts and participates in many economic forecasting panels, among them the Blue Chip Council and the Wall Street Journal Forecasting Survey. He also participates in the Industrial Economists Discussion Group at the Joint Center for Housing Studies of Harvard University. He appears regularly on financial news outlets, is a frequent speaker at real estate conferences throughout the United States, and has testified before Congress. Dr. Yun has also appeared as a guest on CSPAN’s Washington Journal.

Dr. Yun received his undergraduate degree from Purdue University and earned his Ph.D. from the University of Maryland at College Park.